A type of hair loss where there is loss of hair in some or all areas of the scalp. This happens when a person’s own immune system attacks healthy hair follicles. 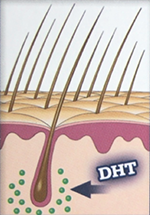 The most common hair loss that affects men and women, which is normally caused by genetics, environmental factors, stress, or a hormonal imbalances or changes.

Drugs that cause loss of sensation. These may be administered orally through a tablet or as a gas, or intravenously through a vein or muscle to numb the pain, make a patient relaxed, and/or unconscious.

These are hairs that break at the shaft from excessive hair styling, hair products, chemicals, or too much sun exposure. Broken hair continues to grow from the shaft, but can result in thinner hair.

Hair loss which happens in women that is caused by genetics, environmental factors, stress, hormonal changes or imbalances like pregnancy and menopause. Female hair loss is different than males as it is less obvious, and also tends to appear at the top of the scalp in a more diffuse or “Christmas tree-pattern”. The exact cause of female hair loss is still unknown, but some evidence points to inflammation in the scalp that leads to thinning hair

Loss of hair in women often appears different from men, such as more diffuseness. Factors that contribute to female hair loss are genetics, environmental factors, hormonal issues such as pregnancy, and stress. Female pattern hair loss is classified by “Ludwig” system. While the exact cause of female hair loss is yet to be determined, inflammation may be a factor as some women complain of itching. The only medical treatment which appears to help is topical minoxidil.

This is a drug that is used to treat male pattern hair loss. It inhibits type 2 5α-reductase, an enzyme that converts testosterone to dihydrotestosterone (DHT). Conversion of testosterone to DHT is the primary cause of hair thinning and eventual hair loss.

A method of acquiring donor hair where groups of hair, called follicular units composed of 1-4 hairs, are harvested for hair transplantation. This is done with circular blades called “punches”.

A form of hair transplant that uses follicular units or groups of hairs that are harvested directly from the scalp. Often referred to as “FUT” or “strip method” transplant.

A set of treatments used after hair transplant surgery to aid tissue repair, hydration, and nutrition based on copper for wound healing technology.

A hair thickening and prevention of further hair loss which is a non-surgical treatment formulated by Dr. Amiya Prasad. The treatment appears to work by activating the body’s production of adult stem cells which restore the hair growth process mediated by the dermal papilla and the progenitor cells. This process of restoring the thickness of hair also appears to protect hair follicles from the hormone dihydrotestosterone (DHT) which attacks hair follicles and causes hair to thin and eventually disappear. The formulation combines ACell’s extracellular matrix (ECM), platelet-rich plasma (PRP) from a patient’s own blood, and vitamin D. Individual formulation is customized to the patient based on factors such as level and type of hair thinning and hair loss. This can be applied as a non-surgical standalone treatment, or in conjunction with a hair transplant to ensure better survival and healing of transplanted hair follicles. 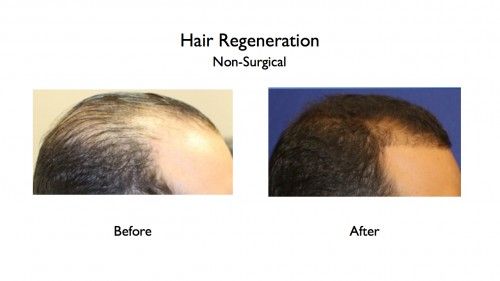 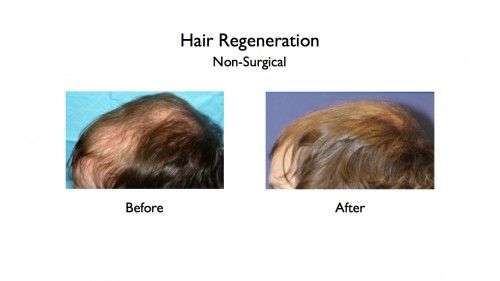 Involves surgical hair transplantation of follicles harvested from the donor site at the back of the head that is genetically resistant to hair loss. These follicles can be transplanted to parts of the body such as the scalp, eyelids for eyelashes and eyebrows. Surgical hair restoration can also be accompanied by non-surgical Hair Regeneration which has been observed to create a much higher rate of graft survival, better surgical healing, and prevent future hair loss caused by dihydrotestosterone (DHT), the hormone responsible for male pattern hair loss and hair thinning. 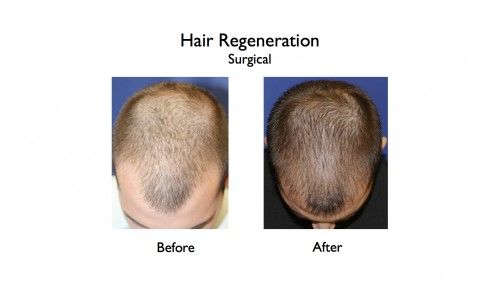 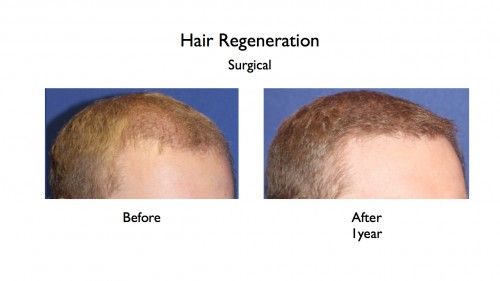 A surgical procedure that involves harvesting hair follicles from the genetically resistant donor site at the back of the head to areas where hair is lost. A hair transplant is limited by the hair density and skin quality of the donor area where follicles are harvested. The area which is to be transplanted is also a factor such as in cases of severe frontal hair loss, more than one transplant session may be needed.

These are products that are used to treat damaged hair or to enhance or maintain the health of hairs. 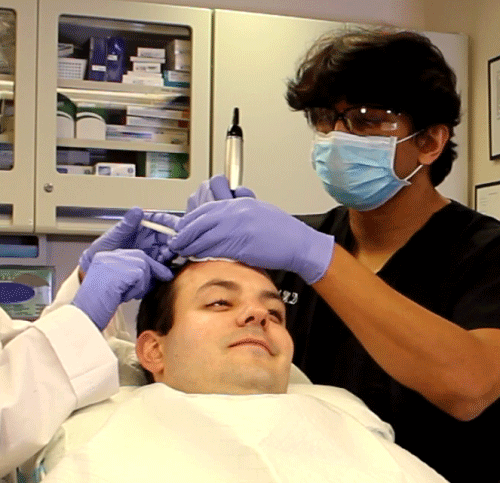 A hair loss disorder characterized by hairs that are easily extracted and painlessly epilate in the anagen phase of the hair growth cycle. It results in diffuse hair growth and patchy bald areas on the scalp.

A topical vasodilating drug used to slow and stop hair loss and stimulate hair growth. It is effective in both males and females for the prevention of further hair loss and to promote hair regrowth. 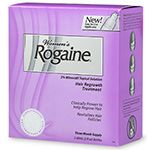 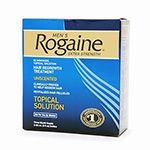 An acellular material derived from the pig bladder used to stimulate healing by triggering abundant new blood vessel formation and recruiting numerous cell types to the site of injury. The material recruits progenitor cells which are stem cells that differentiate into numerous tissue-specific cells.

When the body doesn’t absorb the necessary amount of a nutrient. Deficiencies can lead to a variety of health problems, such as problems of digestion, skin problems, stunted or defective bone growth, and even dementia. In the case of hair loss, it can lead to hair fall or hair shafts prone to breakage.

A hair loss disorder represented by permanent and irreversible destruction of hair follicles and their replacement with scar tissue. Can also occur from excessive force used in hair pulling from making a ponytail or a braid.

A procedure to cover up a bald spot on the crown of the head by moving the scalp forward surgically. It is used as an alternative to a hair transplant.

This is a type of hair loss that happens unexpectedly from causes like stress, medical treatment, hormone imbalance, or other health issues. Treatments such as chemotherapy can cause sudden hair loss, while medications such as blood thinners, diuretics, birth control pills, and acne medications can also cause unexpected hair loss.

Type of hair loss condition or scalp disorder manifested by the shedding and the resting stage of the hair growth cycle called telogen. This is most commonly caused by severse stress that delays the normal resting/shedding stage of the hair follicle. After a few months, if many follicles enter the resting (telogen) stage at the same time, resulting in visible and sudden hair loss. Emotional and psychological factors also contribute to this problem.

A type of alopecia caused by the constant pulling of the hair root or strand. This usually happens in women who tie their hair tightly in ponytails and braids.

A condition where there is an irresistible and/or obsessive urge to pull out one’s own hair that leads to noticeable hair loss. This is a neurobiological condition, and there are treatment options from both psychologists and dermatologists. The condition may not be limited to scalp hair, and extreme cases may involve hair eating. While the condition affects younger boys and girls, adults cases are mostly with women.